skip to main | skip to sidebar

My friend Michael Bischoff recommended I read Outliers by Malcolm Gladwell, and I did.

I'm a very slow reader--it usually takes me weeks to get through a 250 page book. It takes me a whole week (reading an hour or sometimes two a day) to get through most of The New Yorker.

But I devoured Outliers in under five days.

Michael said that Gladwell was saying some things I've been saying on this here blog, so I gave it a chance. Michael was right.

In a chapter called "Marita's Bargain," he writes:

We are so caught up in the myths of the best and the brightest and the self-made that we think outliers spring naturally from the earth. We look at the young Bill Gates and marvel that our world allowed that thirteen-year-old to become a fabulously successful entrepreneur. But that's the wrong lesson. Our world allowed only one thirteen-year-old unlimited access to a time-sharing terminal in 1968. If a million teenagers had been given the same opportunity, how many more Microsofts would we have today? To build a better world we need to replace the patchwork of lucky breaks and arbitrary advantages that today determine success--the fortunate birth dates and the happy accidents of history--with a society that provides opportunity for all.

Read this well-written book. When you get a chance, chime in here with your thoughts.

What implications does this book have for Quaker education? What new Light can this add to our Meetings?
Posted by Jeanne at Wednesday, August 26, 2009 3 comments:

A F/friend recently posted on facebook that she'd seen another Quaker at a liquor store and thought it'd been a scandal. When I asked who it was, she said she didn't want to tell tales out of school.

Then I thought I didn't want to be a part of a faith community where it was a scandal to be seen in a liquor store. So I thought I'd ask you all what you think about it.

Is this issue one of social class?

At the entrance to the neighborhood were I grew up, there was a liquor store (we called it a "beer garden") where if you did well in school, you could get a free soda by showing them your report card. It stood right next to a deli and a soft serve ice cream spot. You could get free stuff at those other two places too with good grades. 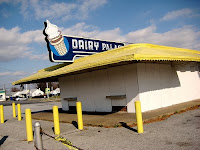 Not My Job. Yours Either. 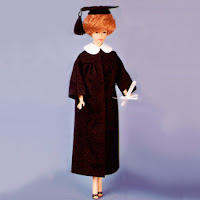 College teaches people to manage others.

I know, you thought you learned about organic chemistry or Dante or building a homemade hookah when you went to college (if you did; if you didn't, you might have, like I did, thought it taught people to be smarter than you).

At a regional Quaker event, one Friend told of a story about her nephew who'd recently graduated from Macalester College, an elite (though not Ivy League) liberal arts college in St. Paul, Minnesota. (My meeting, located within a block of this fine institution, gets a lot of visitors from this school, and more than a few stick around long enough to call themselves Friends). While this Friend's nephew was in college, he earned spending money by working for the buildings and grounds department. After he graduated, the head of that department passed away unexpectedly, and this fresh-faced young man, a newly printed and signed and notarized college degree in hand, was asked to apply for the dead man's job supervising sixty full-time-equivalent employees.

Unsure of himself, he protested to his mother. Without missing a beat his mother reassured him.

"If any of those sixty people were qualified for the job, they would have been asked to apply for the job. They asked you instead."

I'm not going to go into all the lies involved in that sentence (and won't post comments about that either, because this blog post isn't about that sentence...this story is meant to point out that indeed, college graduates are most qualified to manage others according to a social class rule I have yet to clearly articulate but this story demonstrates).

What does any of this have to do with Quakerism?

We have a disproportionate representation of college graduates at our Meetings (as compared to the general population where 25% of American adults have college degrees), and therefore, a disproportionate number of managers: people who believe they are the most qualified to manager others.

The first problem we run into is that there aren't enough people in Meeting who don't mind being managed, people who either by disposition or education prefer to take direction. This can look like distrust of committees.

I'm not writing about that.

The second problem we run into is that this model of the managed and the managers is that it is supposed to run counter to our testimony of equality.

I'm not writing about that either.

I am, on the other hand, writing about God.

Tonight, I had an IM conversation with a F/friend about her First Day School class (at an anonymous Meeting). Someone I'll call B (not her real initial). B approached my friend and said she had a leading to work with her FDS group. My friend felt uncomfortable for a number of reasons, mostly personal, but brought up issues about flexibility, appropriateness, and a good fit with the teaching team.

These are all good questions to ask if you're hiring a teacher or teacher's aid. I bet many of you ask these same questions when talking about First Day School issues.

But I know B to be well-led, and very good at discerning her leadings. I'm sometimes uncomfortable around B too, but if she came to me saying she felt led to do something with me, I would take it at face value.

Even if I didn't know anything about B, though, she said the word "leading," and that says to me that it's not my job to consider questions of appropriateness or flexibility or compatibility just yet. It's first time for me to listen, to her and to God. Maybe even it's time for me to gather with a few Friends for some discernment so that my heart may also be open to this Friend's leading, or at least my part in it. (Yes, there are times when those -ability questions should come first, especially when working with children, but I would argue that those instances are rarer than we think).

I think that because we are, in the aggregate, so very well educated, we default to relying on well-made, sound arguments and reasoning. We want to be seen as good managers, so we consider the well-being of everyone around us. And we forget about obedience to God.

Perhaps because of my working class upbringing, I find great comfort in hearing from the ultimate Manager about my life's work (when I can let go of the message I heard when I was in college recently). I can really say, "It's not my job to figure out what the big picture is." Just like my elementary and middle school and high school teachers told me.

Despite what your mother might have told you, you're not qualified to manage God's will for you or for your Meeting, either.
Posted by Jeanne at Wednesday, August 12, 2009 9 comments: